The road to redemption

It has been 2 years since I left the job the job I adored.  I had only been a registered midwife for 5 years and it felt cruel that it was taken away so suddenly from me.

The past 2 years have consisted of me researching my illnesses, sleeping, pain, pain management, more sleeping and inability to lose weight.

At first, I was aware that inactivity would likely increase my weight, but my priority then, was to get my pain under control as well as trying to find the cause of my illnesses so that I could get better and get back to work.  Between then and now, a huge change has occurred regarding my health:

I knew that being so overweight, was probably increasing, if not causing some of my symptoms and through research I found that there is a substantial link between obesity and Fibromyalgia, so losing weight was a priority;   Good sleeping habits are also key in reducing Fibromyalgia symptoms and in addressing obesity too, so changing my sleeping habits were also a must;  Thirdly, stress has been noted to be a leading factor in both Fibromyalgia and obesity and I am the first to admit I am a total stress head, so this was another issue that needed to be resolved. 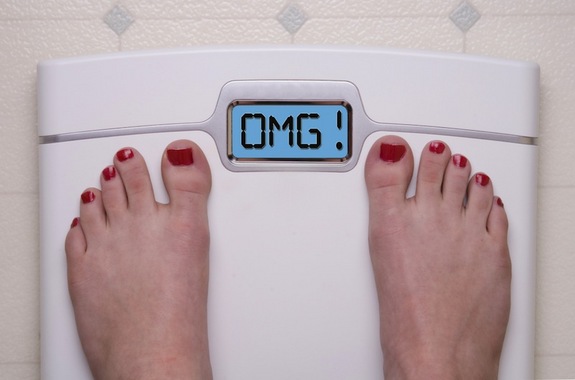 I’ve had weight issues since the age of 11, when I discovered comfort eating. I didnt really gain weight until 15/16, but it wasnt much and I lost it quickly.  Then, at 23, due to a poisonous relationship, I gained quite alot of weight through comfort eating *** and only lost this weight once I was out of the relationship and through a calorie controlled plan and excersize.  Once married, I gained another dress size and then started having babies 2 years later which, I found, a really easy way to gain weight!  After having my third baby at age 32, I lost 4 stone through another weight management programme, again, it didnt take too long to lose.  I started University in 2005 and managed to gain 5 stone during the 4 years it took me to become a midwife.  Comfort eating from exams, projects and a dissertation was again a big part of it, as was shift work (eating at irregular times) and lots of chocolates from lovely new mummies and daddies.  Once working as a midwife, again, the weight kept gaining.  Comfort eating from putting myself under pressure to make sure I didn’t make any mistakes that could lead to me being sued was probably the biggest factor now.  Since leaving work, even though I have dramatically changed eating habits, I haven’t gained any more weight, but neither have I lost any, probably due to lying down and sleeping so much from exhaustion and depression. 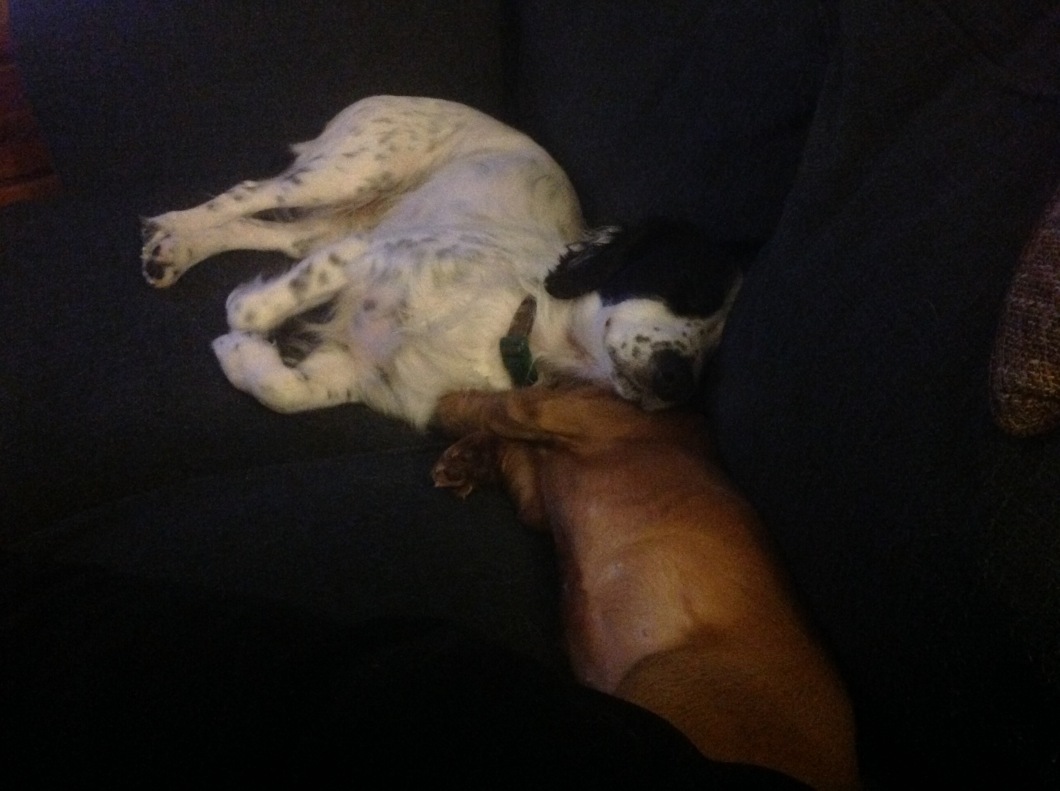 Before having children, sleep was easy and good.  Ive always been the kind of person who loves going to bed early and getting up early, bright and refreshed.  Even the occasional all night party (sorry mam if you are reading this!) did not affect me as i’d make up for it the next night.  Then came babies!  Wow, if you haven’t had children, it is unlikely that you will understand the massive lack of sleep that comes along with babies, especially when breastfeeding hungry ones!  2 hours between feeds with my first, but i was able to nap in the day when he did.  What I hadn’t expected, was to become pregnant 9 months later.  Then an umbilical hernia and sciatica in my second trimester, stopped me from sleeping for more than 20 minutes at a time.  I was so tired and in pain so much that I cried all the time and possibly developed depression then although it is only through hindsight that I can now see that.  I remember begging the midwife to let me be induced early or to let me have some pain relief that worked, however, it was not to be and just to make things that bit more unbearable, I went 11 days over my due date.  Luckily it was a very quick and easy labour and I thought, great I can now sleep.  However, on the first night, the endorphins flying round my body prevented that and feeding my baby almost constantly carried on preventing it.  Along came post natal depression (yey), which manifests itself with me to want to sleep pretty much all the time.  Having an 18 month old toddler and a new born baby, ooh and a new house the week after she was born, plus post natal depression, was not the greatest time.  I tried napping when baby did, but toddler was growing out of day time naps, so i was unable to refresh.  It improved once post natal depression was addressed correctly and feeding was more routined.  3rd baby 2 years later was not as stressful (i think once you have had 2 children you can adapt to more quite easily) and life carried on.  i was still unable to sleep without waking to turn over as with the 2nd pregnancy and that still carries on, 16 years later.

At uni, we were required to follow a mentors shift pattern as much as possible so that they could see our development.  This meant working night shifts where day time sleeping was needed (not very good at this) and late/early shift patterns where you would finish at 9.30-10.00pm (if you were lucky) and start again at 7.30am, leaving 9 hours (ish) to drive home (1/2 hour) unwind, sleep, wake, breakfast and leave for work at 0645.  The hours of sleep in between doesnt seem too bad, however, when you know you have to get up so early, you are constantly clock watching throughout the night, so that you are not late.  i definitely noticed that i would struggle more and more as time went on with the varied sleep patterns and im pretty sure they had their effect on my health.

Another sleep issue, which we could not have predicted, was, getting a dog.  A 7 week old Working cocker spaniel, Bilbo :

A beautiful boy, who, unfortunately, suffered from diarrhoea from the start.  Unknown to me, that isnt normal, nor is getting up twice in the night to ‘let it go’.  He never seemed to be too bothered about it and always seemed well, barked alot, but full of energy and a good appetite.  We were aware quite quickly that the ‘crappacino’ he was constantly producing was not right and after 2 years of trying different foods with no improvement, we then turned to the vet.  The poor boy was and is, allergic to almost every food you can think of, so he is now prescribed anallergenic food, which has made a huge difference to his tummy and my sleep!

Once i left work, I slept for around 16 hours a day for 6 weeks. Im glad to say that it has improved some, but it is still a big issue and i definitely notice when i havent had enough sleep as it leads to migraines and flares.

The only other thing to say about sleep, is something that i can and should change, habit!  My husband likes to go to bed just before 11 and when i was not working, when children were little, days off etc I would go to bed at the same time.  Reading up on Fibromyalgia, I should be getting around 8 hours sleep per night.  Because the dogs wake me up at between 05.30 and 6, i really should be going to bed at 9.  However, hubster grumbles that we dont spend enough time alone together as kids are now going to bed just before us, he likes to think that the 1/2 hour or 45 minutes we have are needed.  In theory, I agree, we dont get much ‘us’ time, but I would have thought he would want a well wifey, who is better partly due to getting the right amount of sleep each night.  But I give in to him almost all of the time, which then means I sleep for around 2 hours in the daytime, which really cuts into the time i have to do housework, food prep etc (all these chores take 3 times longer anyway due to the constant tiredness). Growing up, I never knew what people were talking about when they mentioned the word stress.  Im not saying i never felt it, but i was certainly not taught about what it was and what it meant.  As far as Im aware, there are 2 kinds of stress; the kind where you are pressed for time or experience pressure for a short time, this apparently is not harmful because of the briefness; the other is prolonged stress over a period of time and this is the damaging kind.  In hindsight, I realise there were plenty of times when stress played a factor, but it would have been the brief kind as a child and throughout my early teens.

I am the kind of person who overthinks situations and this unfortunately, leads to worry and anxiety and ive had these thoughts and feelings since i was a teenager, which cant be good!  Once Id started a family with my husband, the idea of protecting my babies caused a lot of worry and the lack of sleep certainly didnt help.  I remember once, when my husband was away on business, id put the kids to bed, then double check all the doors and windows, and block and booby trap the front and back door.  On my way upstairs id leave one light on to try to give the idea of someone being awake.  Then, once in bed id get myself into such a state that i could hear footsteps coming up the stairs and id imagine someone with a knife coming to get the kids, or id picture a demon like creature appearing and grusomely killing them in their beds.  Then id worry about money, always worry about money.  Once at University the worry increased and once working it was incredibly high, as id constantly worry about being sued or worse, making a mistake!  I firmly believe the stress that i put on myself was a firm contributor towards my fibromyalgia and i definitely find, if ive had a particularly stressful time, my symptoms increase.

Through looking back at my life and linking it with current research, I can definitely identify 3 factors that strongly contribute towards my ill health and so now, i need to address these issues to try to reduce my symptoms and increase my health and if what I find helps others, then great!